The application of homotopy perturbation method (HPM) (He, 1999) was studied by many scientist and engineers because this method continuously reduces a nonlinear problem into a set of linear one which is easy to handle. To handle wide variety of linear and nonlinear problems, the method was further modified and improved by He (2000, 2003, 2004). HPM has been used to solve various types of integral equations with diverse variations. In this paper, a variant approach based on HPM was proposed to solve the system of Volterra integral equations of first kind of the form:

To illustrate the basic ideas of He’s HPM, let us consider an integral or differential operator  such that: 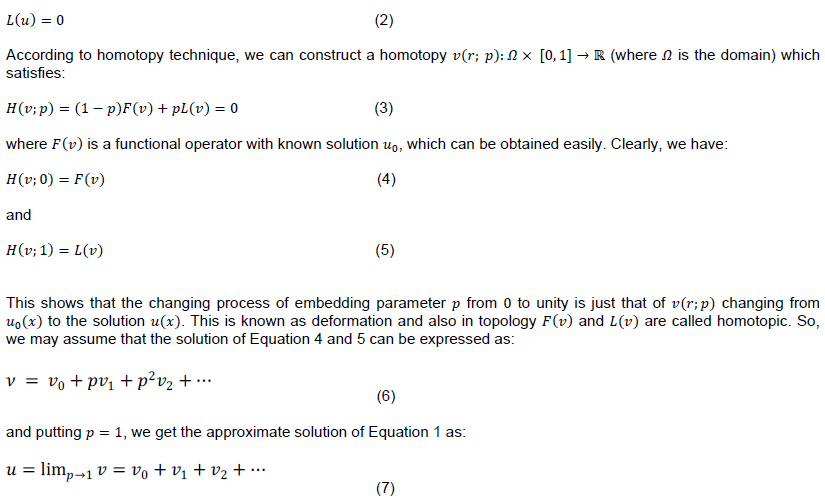 BASIC IDEA OF THE NEW APPROACH 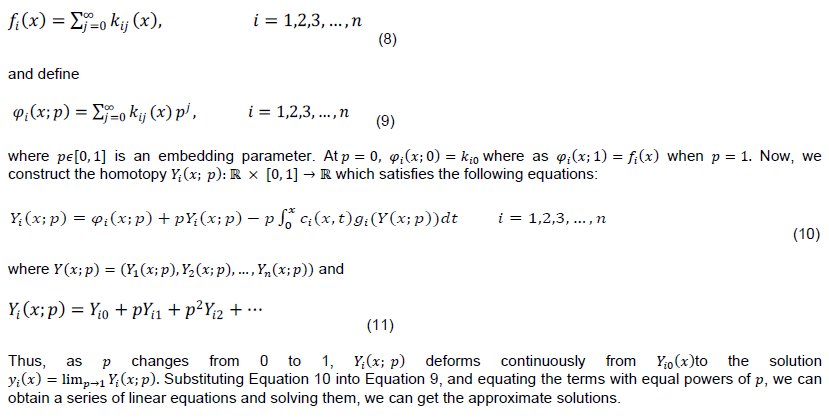 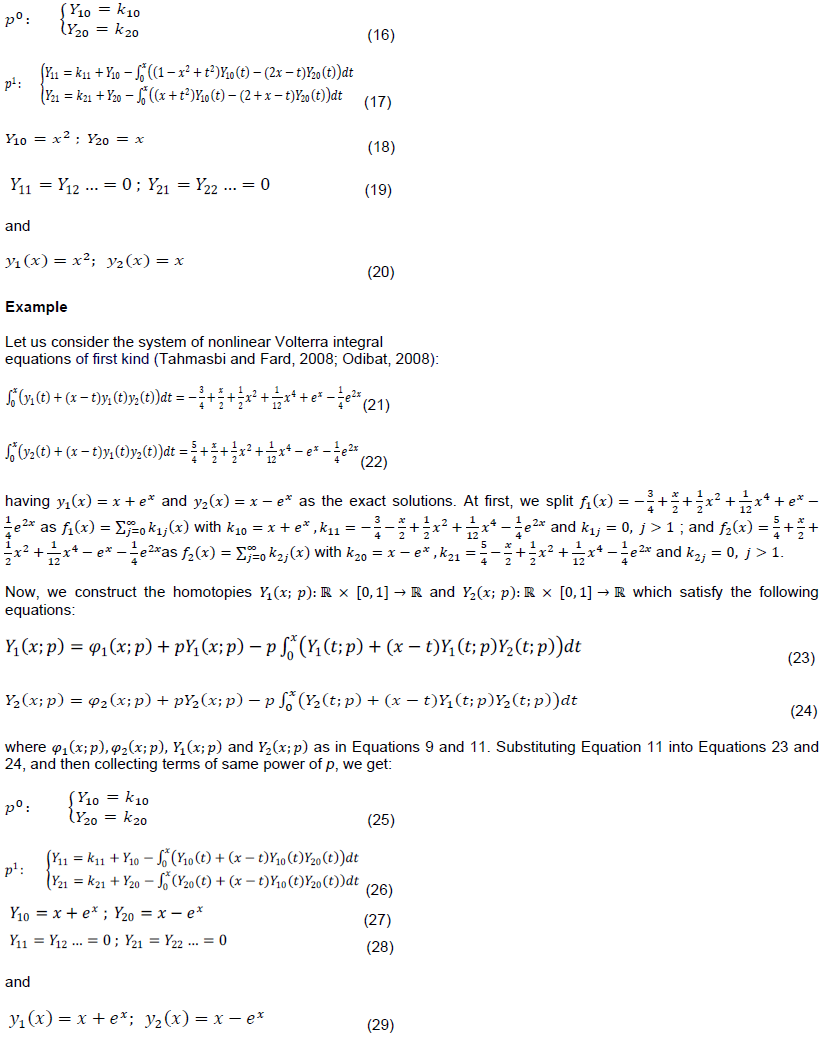 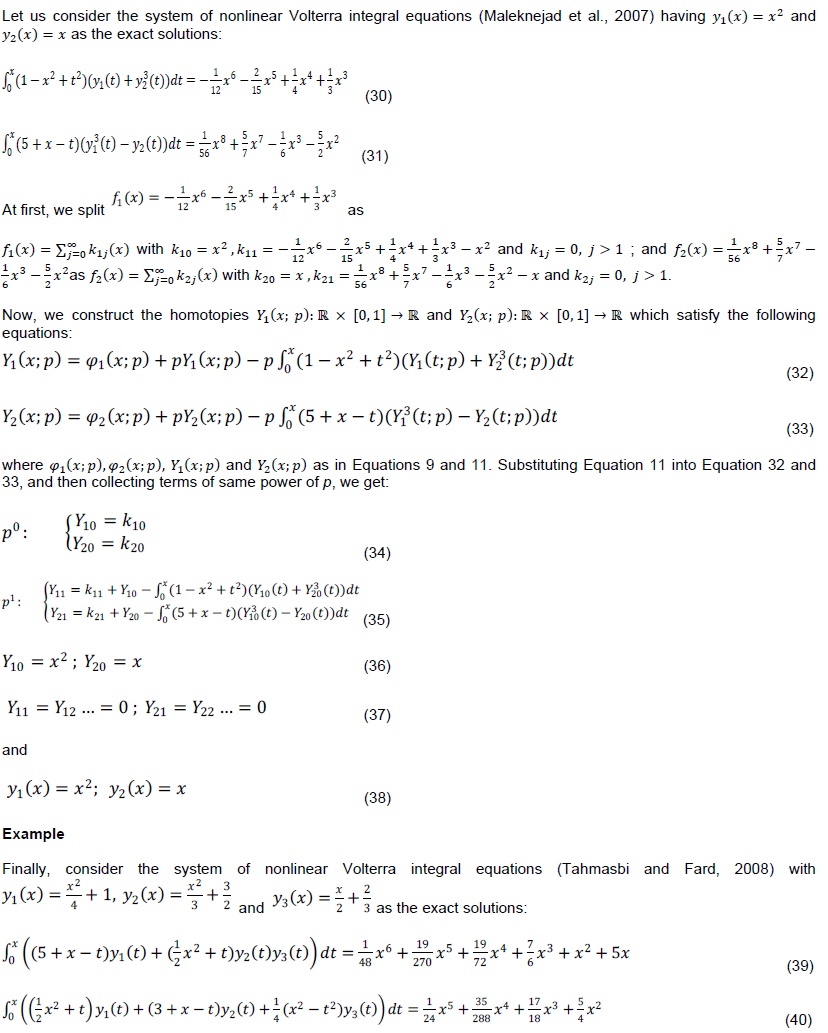 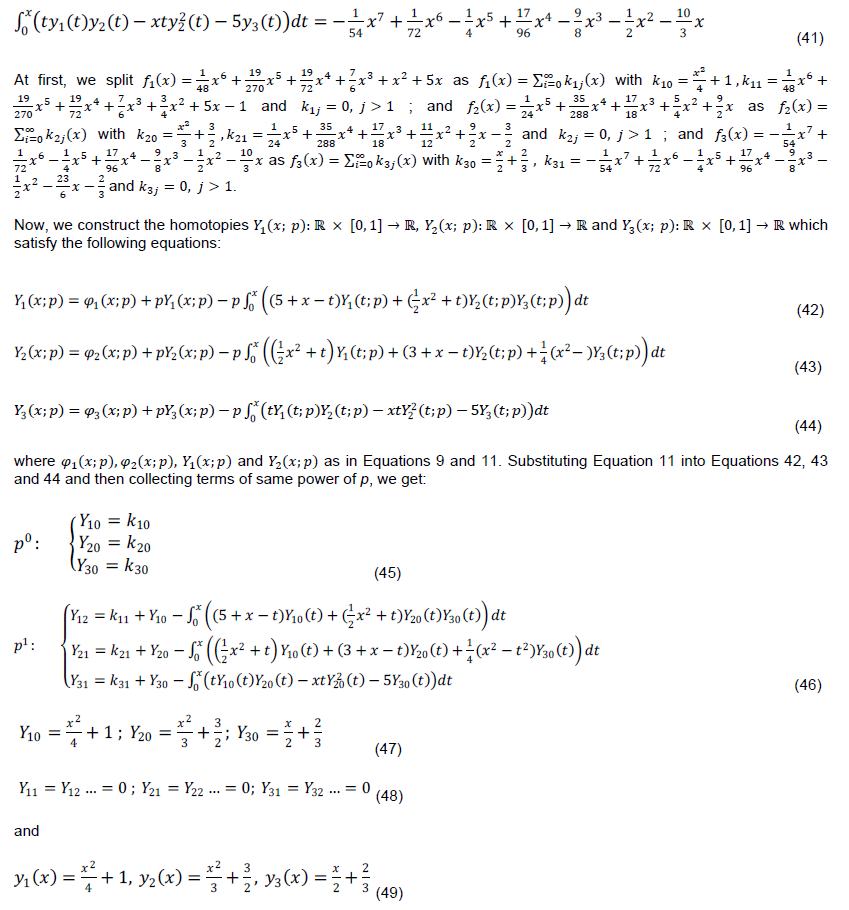 Based on HPM, an analytic approach for solving the system of Volterra type integral equations of first kind was developed. Evaluating the examples, it was observed that the proposed approach is straightforward in calculations and very effective in both linear and nonlinear cases. Moreover, in most of the cases, it gives exact solutions at the first approximation.