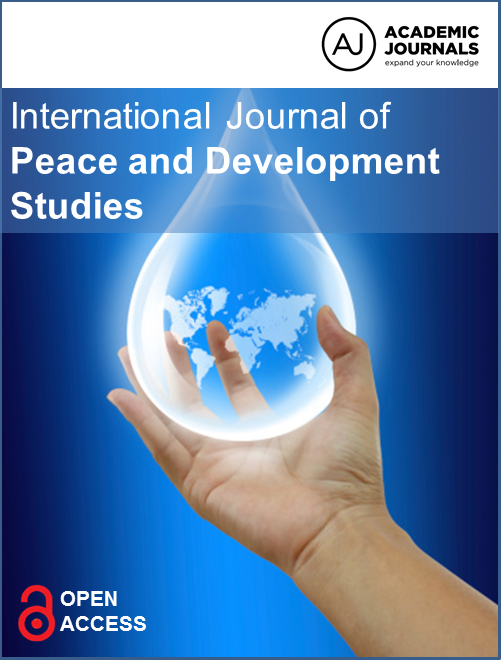 This paper examines the theoretical bases underlying the causes of land conflicts. It involves a critical analysis of various contentions surrounding land nexus violent conflicts with particular attention to farmer-pastoralist conflicts. The drive for this examination is more on a comparison of causes between such...

Sexual violence against women during the Rwandan genocide: A narrative review

The era of empire or globalization? The impact of the global shift on development thinking and society

Is the Eritrean Government a victim or a sponsor of Islamic extremism and terrorism?

Emerging role of NGOs in the worldâ€™s socio-political affairs

Foreign policy of Eritrea: Explained in the light of â€˜democratic peaceâ€™ proposition

Exploring the reality in which members of the teaching profession are immersed in Argentina: A case study

Wars and the current crisis in the American economy