Journal of
Ecology and The Natural Environment

Detection and predictive modeling of land use changes by CA-Markov in the northern part of the Southern rivers: From Lower Casamance to Gêba river (Guinea Bissau) 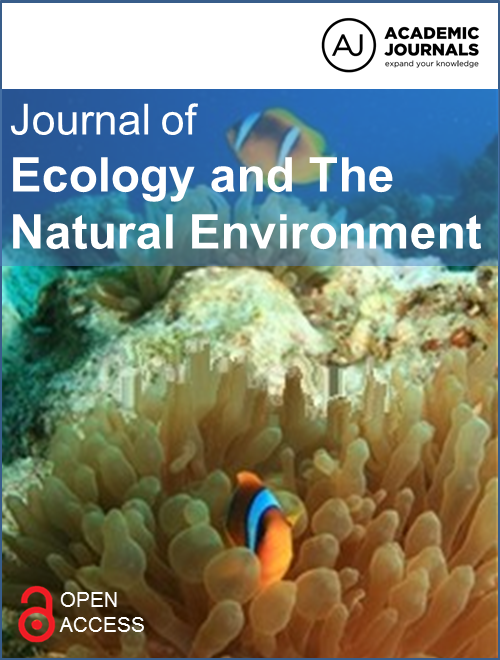 The northern part of the Southern rivers, which is the subject of this study, lies between 18° 54' and 14° 48' north latitude and 11° 30' and 12° 54' west longitude. It is characterized by a dense hydrographic network dominated by maritime marshes and expanses of salty lands and mangrove mudflats that have developed on a vast coastal plain. The objective of this study is to analyze spatio-temporal changes of the geomorphological units and to simulate their spatial behavior in 2035. The methodology is based on the processing of Landsat TM and Landsat OLI satellite images acquired in 1986 and 2018, respectively. Change detection is performed by post-classification comparison of the two previously validated land cover states with overall accuracies of 91% for the 1986 image and 97% for the 2018 image. The prediction made using the CA-Markov model yielded a result with 88% agreement. This made it possible to understand the spatio-temporal evolution of land use and changes in the near future (2035). The results of the land use prediction in 2035 show that bare land will have the highest gain with 93% probability while tans will decrease by 60% to other land use categories. Vegetation and mangroves will lose 47 and 44% of their areas respectively to bare soil and mudflats. A strong degradation of vegetation cover is predicted by the Markov chain by 2035. The probability of change in the area covered by water is the lowest during this period.