Use of social media in migration decision making 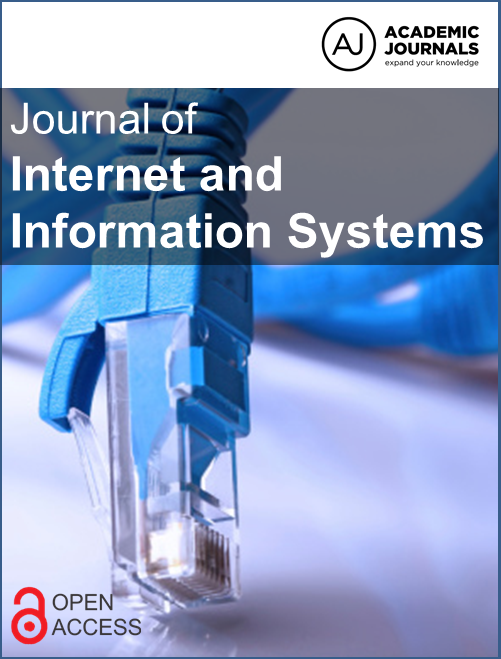 In recent years, migration, including rural-urban, has been largely influenced by social media (Awumbila et al., 2017). Migration into urban areas is expected to be influenced by social media, as part of a global trend (Awumbilla et al., 2017; Dekker et al., 2018). Migration has been made more information driven due to the influence of social media which has become a major tool that migrants rely on for their decisions (Alencar, 2018). Social media can minimize the cost and risk  of  migration as well as encourage people to move due to the availability information for would-be migrants and current migrants (Dekker et al., 2018). According to Hidayati (2019), through social media migrants are informed about the conditions at the destination and gain access to integration and connection opportunities. Through such networks, new bonds are created to aid the move and while at their destination migrants connect with people who share  their  interests,  thus  helping  with  integration.

Migration decision making is complex, and social media helps simplify their decisions because of the information it presents (Hein de Haas, 2010). There are indications of a positive, reinforcing relationship between how much migration related information people seek on the Internet, and their migration decisions (Hein de Haas, 2010; Alencar, 2018). Given the rate at which social media is serving as a major tool in migration decision processes globally, it has attracted the attention of researchers in recent times (Hidayati, 2019). Several of these studies have demonstrated that many migrants use social media to facilitate their migration decision making processes including integration and connection to their hometowns. This begins with the formation of vague plans to the actual move as well as their integration and connection to their origins (Alencar, 2018; Dekker et al., 2018). However, the ways in which migrants use social media in their migration experience and trajectories in the Ghanaian context has not been adequately explored (Awumbila et al, 2016). Therefore, understanding the extent to which social media influences migration, integration and connection of decision making of migrants within Ghana needs to be investigated.

The aim of this paper is to examine the influence of social media on the decision making of migrants and the relationship between migration, integration, and connection to origins through social media. The paper will focus on investigating the following:

i) The influence of social media in the migrant’s decision to move.

ii) The contribution of social media to the integration process of migrants at the destination.

iii) How migrants use social media to remain connected to family and friends back home.

iv) Any relationship between migration, integration and connection activities on social media.

This paper used the Innovation Diffusion Theory (IDT) by Rogers (1962) as the theoretical bases for design, investigations, and discussions. According to Atkins et al. (2015), the IDT positions innovation as a new idea and diffusion as the method used to communicate the idea. In the context of this paper, innovation  was  viewed  as  the use of social media for migration, integration, and connection decisions. Diffusion in this paper is how successful migrants communicate their experience to other people who eventually embark on migration journeys of their own. The IDT is centralised around five key conditions which are relative advantage, compatibility, complexity, triability and observability as mentioned by Atkins et al. (2015). Relative advantage refers to the superiority of an innovation over the existing method. Compatibility refers to the consistency between user needs or values and the innovation (social media). Complexity is about the perceived difficulty of the innovation. In triability, the IDT questions whether the innovation can be tested on a limited basis. In the final condition, the IDT describes observability as the visibility of results from the use of innovations. In the context of this work and as supported by Atkins et al. (2015), social media may have become useful for migrants because it presents a relative advantage over face-to-face methods. It may have also met the needs of migrants by showing results of its communication functions.

The IDT appropriately describes the effective adoption of social media for migration activities, and this created a theoretically supported derivation of the hypotheses and research questions for this paper.

1. Scores on social media use in the decision to migrate and integration activities will be correlated.

2. Scores on social media use in integration activities and connection to place of origin will be correlated.

3. Scores on social media use in the decision to migrate and connection to place of origin will be correlated.

1. Does social media information and interaction influence the decision by most people to migrate?

2. After migrating, do most migrants rely on social media for integration activities?

3. While in their destinations, do most migrants rely on social media for their connection activities?

A sample of 142 university students and workers living in the Ghanaian city of Accra aged between 19 and 44 was used for the study. They were made up of 62 females, 39 males and 41 respondents did not disclose their gender. A survey design was used to collect 51 online and 91 paper-pen responses.

Hometown: A village, town or city in which one is born or has lived with family since childhood.

Integration activity: Professional and social interactions by migrants conducted for the purposes of creating a sense of belonging or fulfilment in their migration destination.

Connection activity: Actions by migrants aimed at initiating or maintaining interactions with friends and family in their hometown.

Social media: Online platforms that allow two-way interactions and immediate responses. Facebook, Twitter, WhatsApp were the main platforms of interest. In this paper, the internet and social media are used interchangeably.

A questionnaire was used to collect data about demographics, internet use and migration activity.

Demographics and internet use

Here demographics like age, hometown, migration status, duration of migration and internet use are focused upon. The internet use items measured monthly frequency of visits and volume of data use for social media.

The first scale was for the decision to migrate with 10 items and a Cronbach alpha score of 0.87. It started with ‘Before I moved to Accra…’  and some items were ‘Through the internet I received professional offers’ and ‘I wanted to join my contacts in this city after I interacted with them on the internet’.

With a Cronbach alpha score of 0.85, the 10 item, the second subscale measured the role of the internet in the successful integration of migrants. This scale started with ‘When I moved to Accra…” and some items were ‘I enjoy this city because of friends I have made through the internet’ and ‘Through the internet I have I have found long lost friends who live in this city’.

All results were computed using SPSS and based on statistical guidance provided in Field (2018).

Does social media information and interaction influence the decision by most people to migrate?

The results indicate that most relied on social media to decide on their migration (Table 1).

After migrating, do most migrants rely on social media for integration activities?

Results suggest that migrants relied on social media to integrate in the destination (Table 2).

While in their destinations, do most migrants rely on social media for their connection activities?

Results suggest that migrants actively use social media to connect to their hometowns and meet people with similar interest in their destinations (Table 3).

Firstly, findings for the hypotheses mean that, migrants view social media as an important platform for accessing useful information from successful migrants, friends, and official sources like government.

Secondly, after moving, migrants can find opportunities such as jobs, events and friends on social media sources which make them ‘feel at home’. Finally, migrants use social media to communicate with their friends and family back in their place of origin. These findings extend suggestions in support of the influential role social media plays. Like migrants studied in other works and countries, social media remained  a  key source  of decision making.

Answers to the research questions provide more details about the above finding. Firstly, the results indicate that, prior to moving, migrants seek assurances and information from contacts on social media. Secondly, in their quest to integrate, migrants rely on social media for opportunities and new friends (network). Lastly, migrants rely on social media to help them connect with their friends and family in their hometowns. Migrants also connect with people who are from their places of origin and have interest to mobilize resources to develop their hometowns.

Findings from this paper have implications for both research and the work of experts who run migration centres or support vulnerable migrants such as refugees. For researchers, this implies that studies about migration should not ignore the impact of social media because of its influential role. For migration experts, it is useful to include social media in campaigns to promote safe migration or help migrants integrate at their destinations.

The limitation identified for this paper is the focus of data collection on a single city which can affect the generalizability of findings.