A correlated analysis of studentsâ€™ SSCE grade and performance in first year Use-of-English: A case study of Fountain University, Osogbo 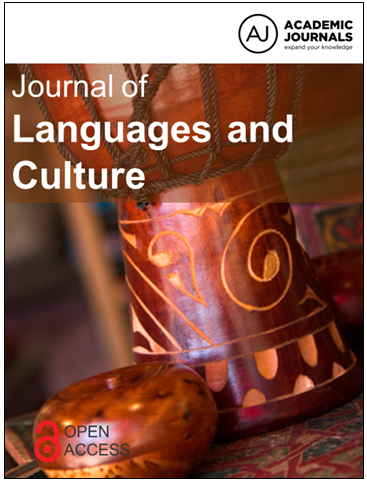 As a result of globalization, there has been need for people of varying backgrounds to interact at both the official and unofficial levels and certain languages such as English, French, German and Arabic have become second languages in many communities of the world, where they serve as languages of communication, interaction and relationships. Nigeria, being a British colony, adopted the English Language as its official language and invariably, a second language to its citizenry. English is therefore taught as a subject at all levels of the Nigerian educational system. This study examined the correlation between performances in two of these levels; school certificate level and first year the University level. Using Fountain University, Osogbo as a case study, secondary data from the students’ records and their performances in the Use of English examinations were used. A total of one hundred and ninety four students were used. Using the Pearson Product Moment Correlation, the study revealed no correlation between the SSCE grades and the Use of English scores. Therefore, the performance at the school certificate level could not be used to predict the performance at the university level. The study also revealed that students who attended private secondary schools (35%) are those that have high mean performance. The performance of the students of the natural and applied sciences   was better than those of the social sciences. Based on the findings of this study, it is recommended that Post-JAMB testing should focus mainly on English Language testing. English Language should be one of the compulsory subjects for admission into tertiary institutions. Finally, there should be intensified efforts on the teaching of English Language at the secondary levels.