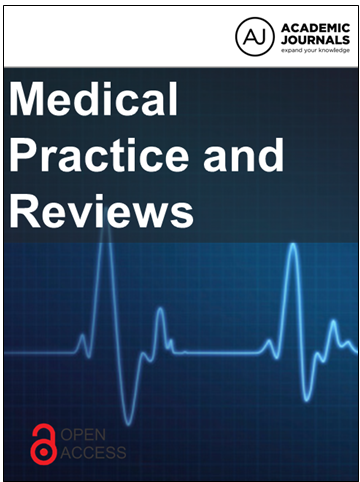 Iron is a transitional metallic element essential for many developmental processes. Iron is vital for human growth because it is required for multiple metabolic processes, including DNA synthesis and erythropoiesis (Mark and Hoffbrand, 2005). Iron equilibrium in the body is regulated and diet is  the  main  source  of  iron  in  human  body,  a normal western diet provides approximately 15 mg of Iron daily to the body (David, 2002). Poor diet and impaired dietary Iron absorption usually results in Iron deficiency which has been discovered to be the most common cause of anemia worldwide (Al-Farsi et al., 2011) and Iron  deficiency  anemia  is  the  most  frequent nutritional deficiency in pregnancy, with negative impact on maternal and fetal health, morbidity and mortality. Furthermore, Iron deficiency is regarded as the most important preventable causes of prenatal complications, such as premature delivery, intrauterine growth retardation and neonatal and perinatal death (Allen, 1997; Scholl, 2005).

Poverty and low economic status remain the major causes of low dietary Iron and poor nutritional quality among pregnant women in developing countries (United Nations, 2004; Gwatkin et al., 2004; Hong and Hong, 2007). Iron deficiency anemia, and malnutrition are major complications predisposing women to mortality. Many women in Nigeria, particularly among the poor have low nutritional status (World Bank/FMOH. Nigeria, 2005) and it has also been reported by World bank that there are worrisome levels of micronutrient deficiency among women in Nigeria and iron deficiency still remains a great challenge for women in antenatal care. Therefore, this study aims to evaluate iron status of pregnant women in central hospital, Sapele, south-south Nigeria.

This was a cross sectional and descriptive study carried out at Central Hospital, Sapele from June to August 2010. A total of three hundred and sixty subjects were enrolled for this study comprising of 78 non-pregnant women and 282 pregnant women. The first group being non-pregnant women was recruited from staff, youth corpers and other volunteers in central hospital Sapele. While the second group were pregnant women attending ante-natal clinic in same hospital Sapele. The second group were further divided into first trimester, second trimester and third trimester pregnancy according to ultrasonography reports. The sample was analyzed for full blood count and serum iron using Sysmex XN330 automated hematology analyzer and iron reduction method respectively.

Sapele is a city located in central part of Delta State, South-South Nigeria. It is positioned at a height of 9meters above sea level at latitude of 5.89° and a longitude of 5.68°. Sapele has a population of about 174,273 (Population census, 2006) and accommodates different tribes such as: Okpe, Urhobo, Itsekiri, Ibo, Ijaw, Isoko, Hausa, Edo, Yoruba, Ibibio, Nupe, Tiv, Fulani. The common diets in this locality are starch, yam, garri, rice, beans, plantain, palm oil, fish, meat, and periwinkle.

Women with positive laboratory test results for pregnancy and who gave consent for the study were included in this study.

Approval for this study was obtained from the management of central hospital, Sapele, Delta Sate, Nigeria.

Five milliliters of venous blood was collected from participant by venipuncture into EDTA and plan containers respectively. EDTA blood was used for Packed Cell Volume (PCV) and hemoglobin estimation in automated analyzer while serum was obtained from clotted sample and used for serum iron estimation.

The EDTA sample was placed in a position where the aperture is immersed in the blood and the aspirator button was pressed. A suspension of blood cell passes through a small orifice simultaneously with an electric current. After measurement, the result of the cell count, PCV and hemoglobin estimation were displayed on the screen and result recorded.

Using iron reduction method and TIBC reagent (obtained from TECO DIAGNOSTICS, Anaheim, USA). In this test, the iron in serum was dissociated from Fe (III) transferring complex by the addition of an acidic buffer containing hydroxylamine. This reduces the Fe (III) to Fe (II). The chromogenic agent, ferene, forms a highly coloured Fe (II)-complex that is measured photometrically at 560nm (Tietz, 1976; Henry, 1984).

(1) Fresh, unhemolyzed serum was used in each case.

(6) Spectrometer was zeroed at 560 nm with the reagent blank

(7) The absorbance of all tubes (A1 reading) was read and mixed.

(9) All the tubes were placed in the heating bath at 37°C for minutes.

(11)  Absorbance of all the tubes were read (A2 reading and recorded).

The data from this study were collated, analyzed using SPSS version 20.0 and results were presented as mean ± Standard deviation. 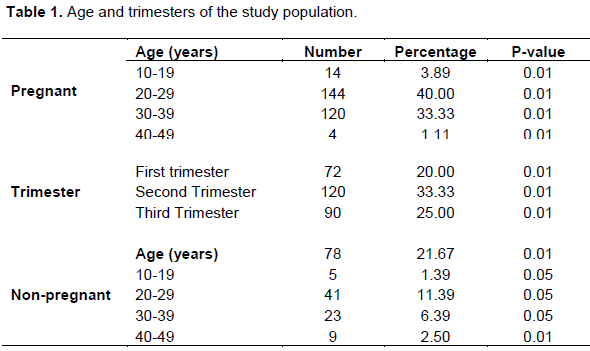 Serum iron status of pregnant and  non-pregnant  women in Sapele have been evaluated and it was discovered that pregnant women had a significantly lower level of serum iron than non-pregnant women this result points to the possibility of iron deficiency anemia among pregnant women in this locality. This result conforms with earlier report by Okafor et al. (2016) who stated that, iron deficiency was the commonest medical concern among women in Calabar rural community in south-south Nigeria. The prevalence of low iron status and iron deficiency anemia in pregnancy is still high in Nigeria (Ugwu and Uneke, 2020) and in several low income countries (Stevens et al., 2013). Lower iron level among pregnant women observed in this study may be due to poor nutritional and dietary quality as a result of less attention to food (Mekonnen et al., 2018) and low economic status of the studied population.

Furthermore, hemoglobin and PCV level was significantly lower in pregnant women than in non-pregnant women. This result is in tandem with earlier report by Percy and Mansour (2017) and this low hemoglobin level seen in this study is not unconnected with low serum iron because deficiency of iron causes a reduction in the rate of hemoglobin synthesis (Hassan et al., 2014). Age distribution of study population reveals that, women in age range 20-29years of age made up the highest percentage of pregnant participant in this locality while women of age range 40 to 49years were the least number of pregnant women seen in this study and this result is a pointer to the cultural and marriage pattern of women indicating predominancy of pregnancy among women in their twenties than those in forties years of age in Sapele.

Moreover, results obtained from this study indicates that women who were in their reproductive age were traders and business women while farmers made  up  the least number and this was another pointer to the occupational nature of reproductive women in this locality.

Pregnant women had a significantly lower level of hemoglobin, PCV and serum iron when compare to non-pregnant women. This result points to the presence of iron deficiency anemia among pregnant women and urgent need for dietary iron supplement for pregnant women in this locality.

The study was not sponsored, the equipment used was provided by the hospital in which this work was done.