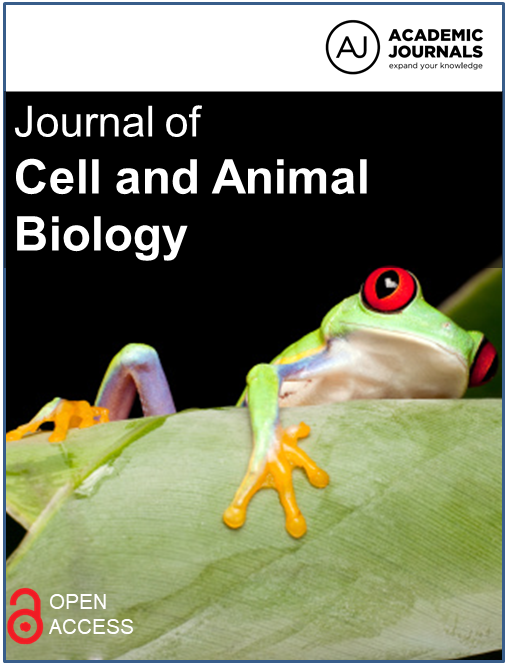 Updated result of the phenotypic characterization and description of the indigenous sheep population was reviewed. The reviewed paper used reporting and tabulating published descriptive phenotypic information on Ethiopian breeds with the aim of dissemination of relevant information for the beneficiaries. The original sheep breed types in Ethiopia that migrated from South West Asia to Africa and then to Ethiopia were the thin-tailed, fat-tailed and fat-rump. Through time, they evolved into 14 traditionally recognized sheep breeds which are identified and described through phenotypic characterization of the representative sample flocks. The breeds adapted to different agro ecological zones varied in topographical features and humidity. The overall reviews of the adult average live body weight variation of the local sheep population of Ethiopia are classified into 20 to 25 kg (Elle, Abergelle and Menz); 26 to 30 kg (Afar, Tikur, Highland sheep, Washera and Black Head Somali [BHS]); 31 to 35 kg (Bonga, Begait, Horro, Arusi-Bale and Farta) and 36 to 40 kg (Gumuz). The large sheep breeds of Ethiopia are Begait, Washera, Gumuz, Horro and Bonga. There is a variation on phenotypic performance among the sheep breeds of the Ethiopia in terms of body shape and size, ear profile and size, head profile, tail size and shape, coat color and on the adaptive behaviors. Molecular characterization should be done for comprehensive genetic evaluation and classification of the indigenous sheep population at national level.

The ancient process of domestication of wild mammalian species contributes for the emerging of diversified domestic animal species. More emphasis is given to the adaptability of the wild animals towards the interventions of the ancient human beings controlling them so that they can obtain valuable food products from the preferable the wild animals. Sheep (Ovis aries) is considered the first domesticated livestock species during 11000 to 9000 BC in Southwest Asia from its wild ancestry of Ovis orientalis (Oldenbroek and Van der, 2014). It is greatly emphasized that South West Asia served as a route for distribution of domesticated  sheep to  different  directions  all  over  the world especially to Africa along with migrant peoples (Solomon, 2008). The introduced domesticated sheep develop an adaptation mechanism to different agro climatic conditions and own unique characteristics since thousand years ago. Ethiopia with its varied topographical features and diverse agro ecological Zone is believed as a home for many sheep breeds (Birara, 2016). The estimated total sheep populations of Ethiopia accounts for 30.7 million from which 27.86% of the total are male while 72.14% are female (CSA, 2017). Flock composition of the sheep breeds of Ethiopia is estimated as 26.2, 10.8, 10.9 and 52.0% for the age categorization of <6 months, 6 month to 1 year,  1 year to 2 years and 2 years and older, respectively (CSA, 2017). However, the local sheep breeds are generally characterized with low level of productivity in terms of growth rate and carcass yield (Mengesha and Tsega, 2012). Various research reports indicated as there are efforts to improve the productivity of the local sheep through improving management and husbandry interventions, implementing breed improvement through selection and crossbreeding for terminal cross breed. Nowadays with existing awareness on impact of climate change, due emphasize on production improvement is advised to take advantage of the locally adapted breeds. In favor of this recommendation, there are many research works on the phenotypic characterization of sheep breeds along with the description of their production system in different regions of Ethiopia. However, making the separately conducted characterizations of locally adapted sheep breeds as comprehensive review is the main gab at national level concerning delivering updated information on breed characterization, inventory and monitoring of sheep genetic resource management. Therefore, information dissemination by reviewing such research findings to interested readers and beneficiaries is important for developing breed improvement strategies both at regional and national level to take advantage of the locally adapted sheep breeds through implementing selection within and between the breed populations. Concerning the backgrounds, the objective of this paper was to deliver updated information by reviewing the findings of phenotypic characterization of sheep breeds to beneficiaries.
HISTORY OF SHEEP DOMESTICATION
What changes after domestication of a wild mammalian species? The first process begins after the wild animal assumed themselves as they are under controlled environment is changing in their behavior. The changing in the behavior of the domesticated animal is directly related to the word “Tame” and it is considered as the continuous process (Oldenbroek and Van der, 2014). The process of domestication is also related to the biological context in which  the  domesticated  sheep  are  benefited from having successful reproductive while humans can get the valuable products from them. Such kind of biological relationship between sheep and human is called mutualism which is directly related to the word co-evolutionary process, the most appropriate perspective of domestication (Gifford and Hanotte, 2011). The introduction of domesticated sheep (Ovis aries) to Africa from their origin of domestication (South Western Asia) is reviewed as it happened within few time ranges of their domestication through North Africa “Sinai” found in Egypt society during eight and seven thousand years ago  (Blench and Donald, 1999). The present sheep type of Africa are classified into two groups based on the tail types, thin tailed and fat tailed or fat rumped (Gifford and Hanotte, 2011). Due to the wide range of adaptability of the introduced sheep, the existing sheep types in different part of Africa not only differed in tail type but also differ in coat color, horn shape, face profile and body conformation.
BIODIVERSITY OF SHEEP POPULATIONS AND THEIR CLASSIFICATION IN ETHIOPIA
There are different sheep breeds found in different Agro ecological Zones of the country. The factors that shaped the existing types of sheep are the process of domestication, natural selection and human intervention over thousand years ago (Hanotte and Jianlin, 2005). According to the African sheep classification method, these sheep breeds of Ethiopia are classified into two major sheep family groups of “thin tailed” and “fat tailed” (Gifford and Hanotte, 2011). Many of the reviewed papers concerned are discussed in reference to the research report work done of Solomon (2008), who has done research on sheep genetic resource analysis in Ethiopia and the current paper is also reviewed in reference to the outcome of research report of the aforementioned resource scholar. Accordingly, the early introduced major sheep families mentioned above are distributed into different part of Ethiopia and are still evolved since a long period of time to cope with the existing and dynamic environmental conditions resulting sub family within each of the two major families (Solomon, 2008). Up to 18 local sheep population types are found in the natural landscape of Ethiopia kept by different tribes in different parts of the country (Tibbo, 2006).
Classification of the local sheep based on tail type in this paper is based on the qualitative aspect of length and shape of the tail. There is a paper that reviewed the tail type classification of local sheep in Ethiopia into short-tailed, long tailed, fat-rump and thin-tailed types (Mengesha and Tsega, 2012). The current paper is reviewed on the updated research work done on currently addressed phenotypic characterization of various local sheep breeds of Ethiopia including Begait sheep with the longest thin tailed  up to 50 cm long (Amare et al., 2012).

REPRODUCTIVE CHARACTERISTICS AND VARIATION ON INDIGENOUS SHEEP OF ETHIOPIA

The diversified agro ecology of Ethiopia has served as a home for ecologically distinctive sheep population that evolved into sheep breeds. Updating breed characterization research works as national strategy for monitoring the status of sheep population structure and size is not yet well developed as a tool for generating breed based comprehensive information compilation and organization. Separated result of breed characterization information contributes less information about reproductive, productive and genetic relationship information on the existing sheep populations. Representative and systematically collected viable information on the reproductive and production potential for the potential breeds (Begaite) should be done. Comprehensive characterization on morphological description is an essential component of breed characterization for describing, identifying and classification into broad categorization of sheep breeds. There is a variation on the phenotypic performance and appearance among the indigenous sheep population of Ethiopia and showing a potential for designing sustainable breed improvement strategies. Molecular characterization should be done for comprehensive genetic characterization evaluation and classification of the indigenous sheep population at national as the previous result of sheep resource genetic diversity study is   not   incorporating   regionally   recognized  distinctive sheep breeds (like Begait, Elle, Abergelle and Highland sheep). Breed improvement strategies should be coincided with the adaptive behavior of the indigenous sheep population which is an ongoing process. Participatory research for conducting community based sheep breed improvement should be done through linking village breeding scheme with nucleus breeding programs. Generally, it can be concluded that breeding strategies of the local sheep in Ethiopia should be designed under the consideration of incorporating the production objectives and trait preferences of the society and to maintain the present diversified phenotypic appearances of local sheep for future genetic potential improvement. There are relatively large body size indigenous sheep breed in Ethiopia which can be used to improve other sheep breed in Ethiopia.