Origin and development of â€˜Directingâ€™ in juju music performance 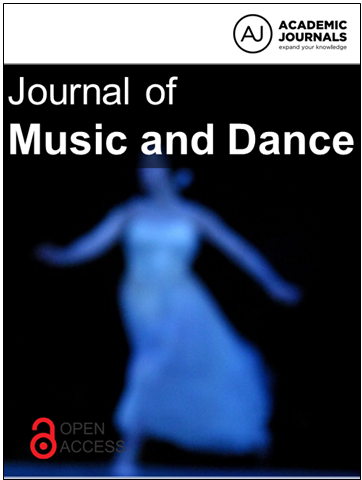 Juju music as a unique Nigerian popular genre has so many African phenomena inculcated into its performance though it has some western touches in its scale and some other features. Hence this paper examined one of the African phenomena – directing, in the performance of juju music. This write up was based on the conducted research and in order to present a genuine report, live performances and the recordings of juju exponents such as King Sunny Ade, Obey Fabiyi, and others were collected and analyzed. It was discovered that directing is rooted in African performance. It is locally known among the Yoruba people of Nigeria as “titokun” – directing and “atokun” – director. The same ideology was brought into the performance of Juju music. At first, Juju musicians employed western musical instrument such as Guitar to achieve directing and later began to make use of more African oriented media. Hence, three basic forms of directing were identified as prominent ways of directing the performance of Juju music. This paper concluded by submitting that ‘directing’ is quite different in concept and practice from the western form of conducting. Hence, there is need for standardization of processes of the concept in terms of usage, application of terms, and definition of terminologies in use as further research and modification of terms are practically inevitable.