Effects of spacing on yield and head characteristics of cabbage (Brassica oleracea var. capitata L.) in two agro-ecologies of Ethiopia 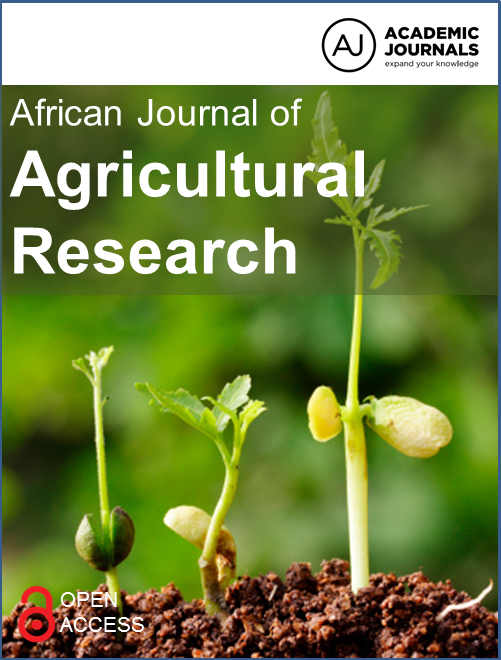 Cabbage (Brassica oleracea var. capitata) is one of the major vegetable crops grown in Ethiopia. In the 2018 rainy season, 31,400 tonnes of head cabbage was produced. Despite its importance, the productivity of cabbage in Ethiopia remains very low (6 t/ha) as compared to world (28.8 t/ha) and East Africa (16 t/ha). Low plant population was one of the major causes of low yield and big size heads, which consumers and vendors do not prefer. Therefore, an experiment that comprised two cabbage varieties and seven spacings was undertaken at two agro-ecologies during the 2018 and 2019 rainy seasons. Results of the experiment showed that the highest yields of Copenhagen market (99.69 t ha-1) and Landini F1 (96.9 t ha-1) were obtained at spacings of 40 cm × 20 cm and 40 cm × 30 cm as compared to the control (59.78 t ha-1), which is a 66.7 and 74.2%  increase over the control. Therefore, the spacings of 40 cm × 20 cm and 40 cm × 30 cm were recommended for Copenhagen market and Landini F1 varieties, respectively. At the same time, Kulumsa was a suitable site for growing both varieties of head cabbage.